It is well known that long-standing inflammation negatively influences the brain over the course of a lifetime due to the senescence of the immune system. In the case of AD, neuroinflammation can be considered part of a characteristic pathological triad involving Aβ plaques and NFTs, with plenty of evidence of an inflammatory response occurring in AD.

Neuroinflammation is defined as an inflammatory response within the brain or spinal cord. This inflammation is mediated by the production of cytokines, chemokines, reactive oxygen species, and secondary messengers. Both brain and spinal cord injury involve an acute, beneficial initial inflammatory response which becomes damaging should it persist too long.

People with irritable bowel syndrome (IBS) are more susceptible to gut hyperpermeability in later life than healthy individuals (26). Interestingly, those with IBS are also more at risk at developing AD, supporting the idea that gut hyperpermeability is a risk factor for AD.  Microbiota dysbiosis proceeds AD development and, therefore, may be a driver in the disease progression.

Some short-chain fatty acids (SCFAs) are known to support intestinal barrier function, and these SCFAs, as well as the microbes that produce them, have been found to be in higher abundance in healthy older adults versus those who are frail or experiencing cognitive impairment. In addition, in older adults with cognitive performance from average to AD, anti-inflammatory SCFA concentrations were positively correlated with cognitive performance; whereas as pro-inflammatory microbial lipopolysaccharide concentrations were associated with poorer cognition. SCFAs downregulate the expression of pro-inflammatory cytokines, such as IL-1β which is associated with not only increased intestinal barrier permeability, but also blood brain barrier permeability and a glial cell inflammatory state. 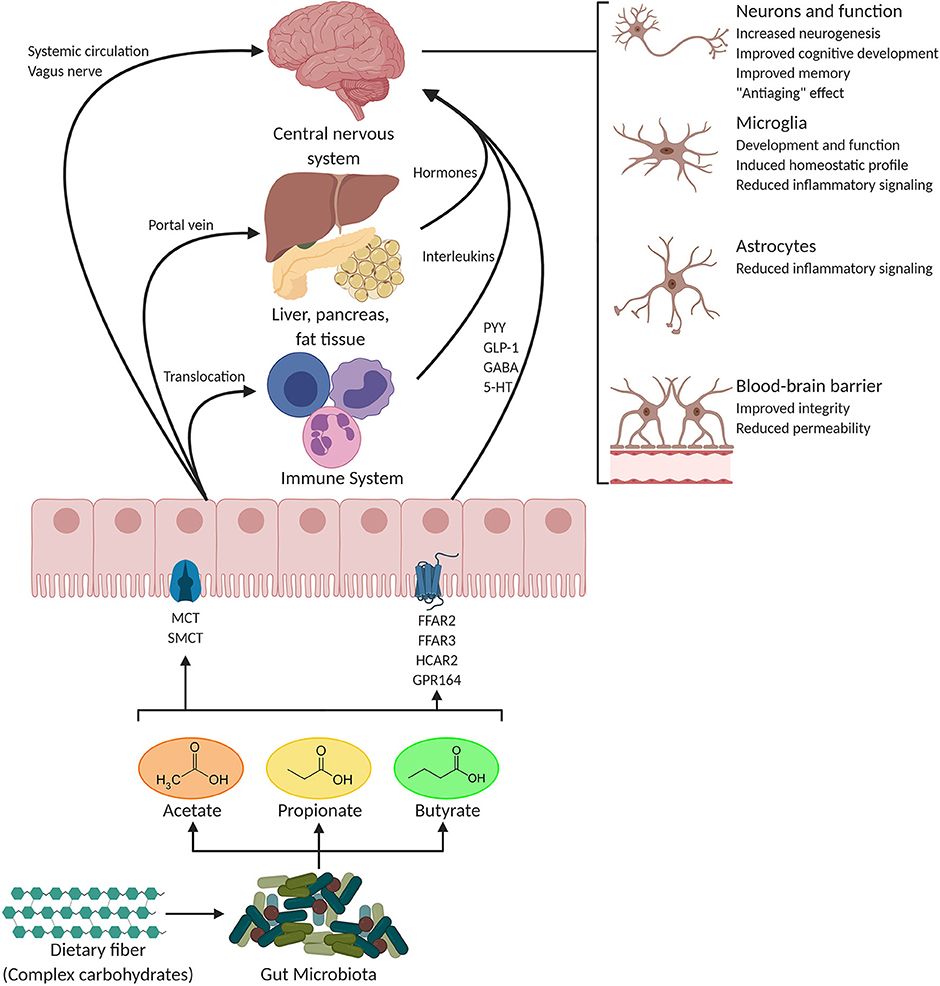 Cerebrospinal fluid provides immune protection to the brain. As people age, their CSF immune system becomes dysregulated. In cognitively impaired people, inflamed T-cells cloned themselves and flowed into the CSF. These inflamed T-cells can enter the brain and wreak havoc.

High blood sugar can cause neuroinflammation, which can then compromise the blood-brain barrier resulting in cognitive decline.

Provoking inflammation in mice led to persistent changes in gene expression in brain microglia — even though the molecules themselves didn’t enter their brains. Low levels of bacterially derived short-chain fatty acids (SCFAs) in the aged microbiota are partially to blame gut microbiome-caused inflammation. This is caused, in part, by a low-fiber diet. The continuous presence of cytokines (in indicator of inflammation) appears sufficient to inflict neuronal damage and ultimately forms the basis for age-related neurodegeneration. This is especially important for those genetically at risk for Alzheimer’s.

For those on the autistic spectrum, brain inflammation is likely.

From the Cleveland Clinic: Chronic inflammation can be prevented by

Eating too much of certain foods may increase inflammation. If you have chronic inflammation, you may feel better if you avoid:

A constant over abundance of calories may lead to increased inflammation and auto-inflammatory disease. Adipose tissue dysfunction identified in obesity and hypertension, contributes to chronic and low-grade inflammation. This blog post on obesity might help.

Minimize intake of antibiotics and NSAIDs: Use of antibiotics, antacids, and NSAIDs should be avoided as it could harm the microbiome in the gut causing inflammation in intestinal walls known as leaky gut which in turn releases toxins and triggers chronic, body-wide inflammation.

Numerous evidence has indicated that green tea catechins have protective effects against neuroinflammation.

Curcumin may prevent neuroinflammation via AMPK activation. Neuroinflammation is associated with the induction and progression of chronic pain. Curcumin improves chronic pain by diminishing the release of inflammatory mediators from the spinal glia. Curcumin protects the brain from toxicity by inhibiting the production of nitric oxide, prostaglandin E2, ROS, and proinflammatory cytokines. Curcumin is fat-soluble, and too much will cause anemia.

The Ω-3 fatty acids have shown anti-amyloid, anti-tau and anti-inflammatory actions in the brains of animals. Ω-3 fatty acids  are involved in both the reduction in and resolution of inflammation. Docosahexaenoic acid (DHA), the main Ω-3 PUFA in the brain, modulates oxidative reactions and inflammatory cytokine production in microglial and neuronal cells. Docosahexaenoic acid prevents neuroinflammation by inhibiting transcription factor NFkappaB, preventing cytokine secretion, blocking the synthesis of prostaglandins, leukotrienes, and thromboxanes, and modulating leukocyte trafficking. 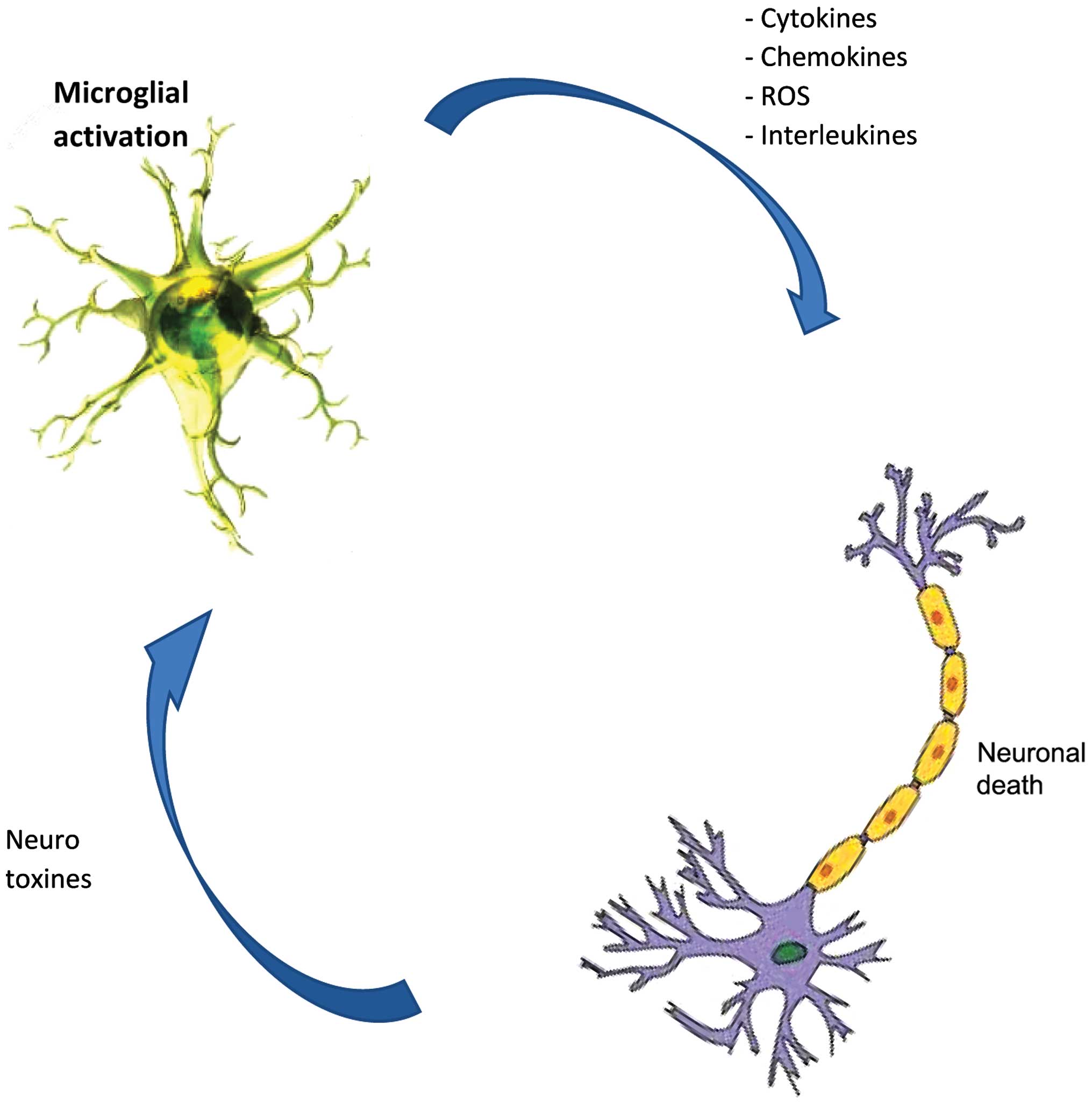 A running exercise in rats lowered microglial neuroinflammation.  Short duration (less than two weeks) of 30 min of daily low-intensity treadmill exercise can favourably shift the ratio of pro- to anti-inflammatory cytokines in the hippocampus of aged rats.

Resistance training improved cognitive performance and reduced neuropathological and neuroinflammatory changes in the frontal cortex and hippocampus of mice.

Chronic pain or inflammation inflames the brain. Get help.

Rutin reduces neuroinflammation by downregulating NF-κB pathway in the brains of Tau-P301S mice.

Sulforaphane is a powerful antioxidant and anti-inflammatory phytochemical with great promise in its ability to protect the nervous system from many diseases and toxins and reduce the symptomatic burden of multiple pervasive diseases. The neuroprotective role of sulforaphane is correlated with the Nrf2 pathway. The reduction of neuroinflammation by sulforaphane plays a prominent role plays a prominent role in protecting against many toxins, as well as neuronal damage associated with Alzheimer’s disease, Parkinson’s disease, epileptic seizures, cerebral infarction, hepatic encephalopathy, Huntington’s disease, and spinal cord injury. The richest source of sulforaphane is broccoli sprouts. 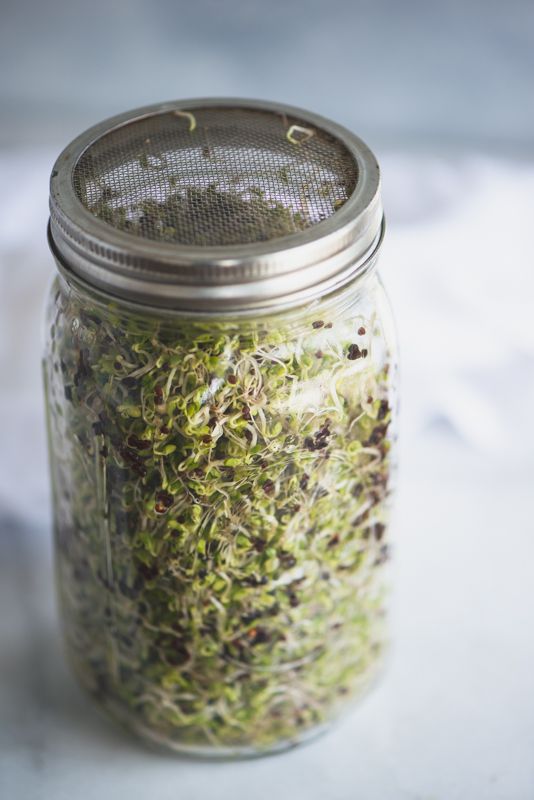