Glycation affects physiological aging and neurodegenerative diseases such as Alzheimer’s disease and amyotrophic lateral sclerosis. Modulation of the AGE-RAGE axis is now considered promising in the prevention of neurodegenerative diseases. Dietary advanced gycation end products are associated with a decline in memory including Alzheimer’s. Advanced glycation end products (AGEs) explain many of the neuropathological and biochemical features of AD such as extensive protein crosslinking, glial induction of oxidative stress and neuronal cell death. Oxidative stress and AGEs initiate a positive feedback loop, where normal age-related changes develop into a pathophysiological cascade. AGEs may contribute to eventual neuronal dysfunction and death as an important factor in the progression of various neurodegenerative diseases, including Alzheimer’s disease.

Glycotoxins in our food, also known as advanced glycation end products, or AGE’s,  suppress sirtuin activity. The Western diet includes excessive AGE’s, which can be neurotoxic. High levels in the blood and skin may predict cognitive decline over time. If you measure the urine levels of glycotoxins flowing through the bodies of older adults, those with the highest levels went on to suffer the greatest cognitive decline over the subsequent nine years. 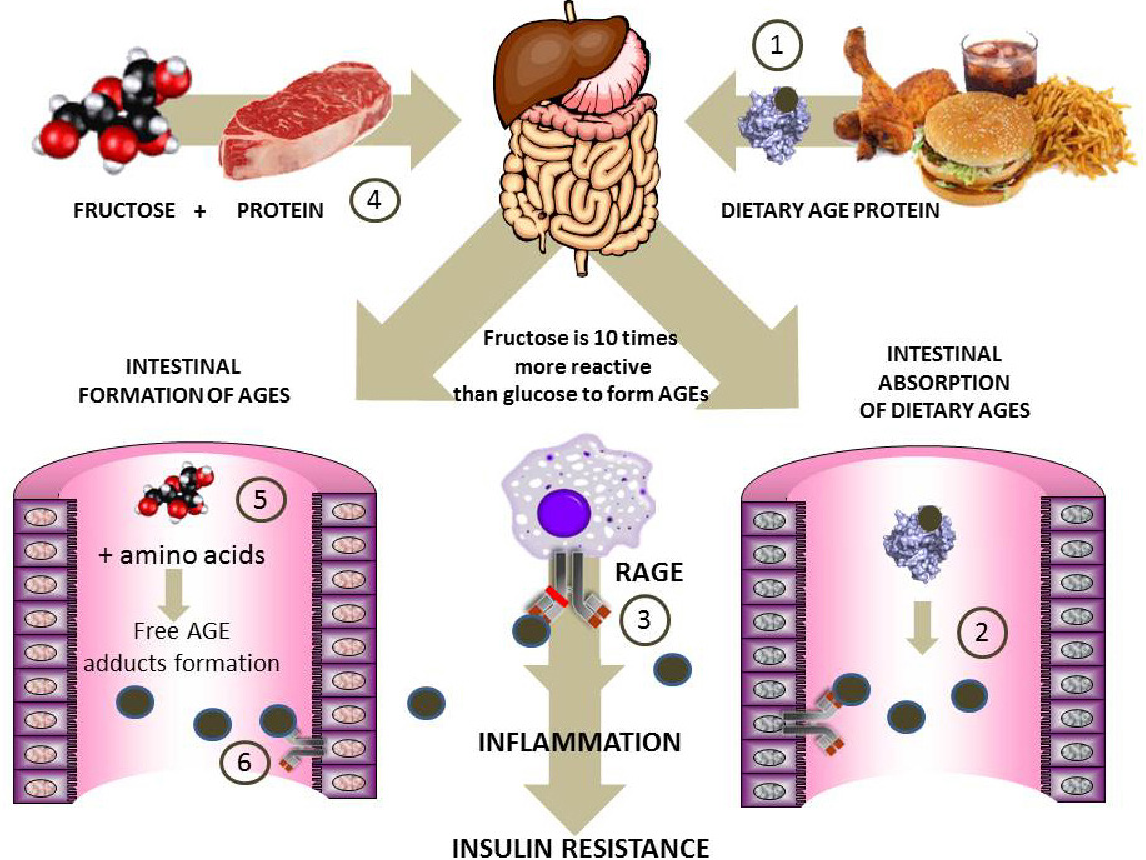 In this study of 25 patients aged 79 years showed that a high concentration of AGEs may be a predictor of a long-term decline in cognition related daily living performance in patients with AD and type 2 diabetes.

Some glycotoxins are produced internally, particularly in diabetics, but anyone can get them from smoking and eating, particularly foods high in fat and protein cooked at high temperatures. Dry heat may increase the amount of AGEs by 10–100 times the levels of uncooked foods. Foods highest in AGEs include meat (especially red meat and bacon), certain cheeses, fried eggs, butter, cream cheese, margarine, mayonnaise, oils, and nuts. Fried foods and highly processed products also contain high levels.

This video is relevant: https://nutritionfacts.org/video/avoiding-a-sugary-grave/