Numerous studies have found plant-based diets, especially when rich in high quality plant foods such as whole grains, fruits, vegetables, and nuts, to be associated with lower risk of cardiovascular outcomes and intermediate risk factors.

Healthy lifestyle choices may reduce the risk of myocardial infarction by >80%, with nutrition playing a key role. Vegetarian dietary patterns reduce CVD mortality and the risk of coronary heart disease (CHD) by 40%. 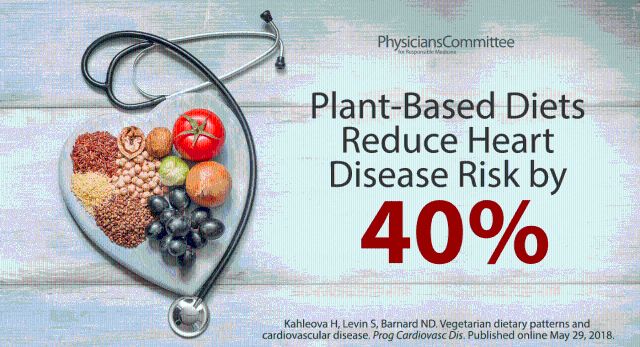 Saturated fat is OK in small quantities, but, as consumption increases, the risk to the heart abruptly increases

Participants in this study consumed raw fruits, vegetables, seeds, and avocado. All animal products were excluded from the diet. This plant-based diet can be used as an effective therapeutic strategy in the clinical setting to mitigate cardiovascular risk factors and reduce patient drug burden.

A diet high in raw vegetables and fruits significantly reduced cardiac risk factors in 8114 participants despite an unfavorable genes.

A plant-based diet can reduce angina by 90% in 24 days, even without exercise (but do it, anyway). Here is another case study.

A plant-based diet versus atrial fibrillation,

This study of 25,206 men and 34,279 women aged 40-79 years showed that intakes of plant-based foods, particularly fruit intake, were associated with reduced mortality from CVD and all causes among Japanese men and women.

This study of 34,319 women (aged 49-83 years) showed that, over 12.9 years of follow-up, that total fruit and vegetable consumption was inversely associated with the rate of heart failure.

This meta-analysis of 47 prospective cohort studies involving 1,498,909 participants showed that those eating 800 grams per day of fruit and vegetable consumption had the lowest risk of CVD.

A study of 123,330 postmenopausal women showed that higher adherence to a plant-based diet was associated with a reduction in incident cardiovascular and coronary events, as well as heart failure.

The healthfulness of a plant-base diet was shown by a systematic review of 86 cross-sectional and 10 cohort prospective studies. A plant-based diet works via fiber to prevent heart disease.

A plant-based diet works via flavonoids to prevent heart disease.

Folate is found mainly in dark green leafy vegetables, beans, peas and nuts. Fruits rich in folate include oranges, lemons, bananas, melons and strawberries.
A plant-based diet works via folate which will reduce/break down homocysteine and protect both VLDL and LDL against oxidation.

A plant-based diet works via magnesium from leafy veggies, nuts, grains. Magnesium has awesome health benefits, as seen in this blog post.

A plant-based diet works via nitrates from leafy veggies for improved blood flow – even to the brain. This works best if one does not use antiseptic mouthwash. Inorganic nitrates added to processed meat is bad news.

A plant-based diet for a better gut microbiome via epigenetics.

A plant-base diet for less TMAO.

A plant-based diet versus stroke.

Beyond a quality plant-based diet, the most effective protection from heart disease is with a healthy lifestyle.

Some plant-based diets are better than others. Here is a quality diet suggested by Harvard Health.

A low-salt plant-based diet is best for heart health

This meta-analyses of cohort studies and RCTs with CVD outcomes showed that low consumption of salt and foods of animal origin, and increased intake of plant-based foods—whole grains, fruits, vegetables, legumes, and nuts—are linked with reduced atherosclerosis risk.

Dr. Brad Stanfield in this video: Observational studies get skewed by people who are already ill with CVD, who are then told by their doctors to drastically lower sodium intake. Randomized controlled trials are the only valid source of information. RCTs clearly show the benefit of lower sodium intake. Lowering sodium intake is safe. Most dietary sodium from from processed foods, which are a bad idea, anyway.

A plant-based diet has reversed some symptoms of heart disease in some people. even after treatment failure.

Plant-based diets are the only dietary pattern to have shown reversal of CHD. Additionally, evidence suggests benefits of vegetarian dietary patterns in both the prevention and the treatment of heart failure and cerebrovascular disease.

Pioneering studies by Dean Ornish, MD, Caldwell Esselstyn Jr., MD, and others have shown that a low-fat, plant-based diet, combined with regular exercise and a healthy overall lifestyle, can prevent, delay, and even reverse heart disease and other cardiovascular events.

This study of 198 patient volunteers by Dr. Caldwell Esselstyn showed that those who sustained plant-based nutrition for a mean of 3.7 years experienced a low rate of subsequent cardiac events.

The Dr. Dean Ornish Lifestyle Heart Trial demonstrated that intensive lifestyle changes may lead to regression of coronary atherosclerosis after 1 year. Experimental group patients were prescribed an intensive lifestyle program that included a 10%-fat vegetarian diet, moderate aerobic exercise, stress management training, smoking cessation, and group psychosocial support. Patients were encouraged to avoid simple sugars and to emphasize the intake of complex carbohydrates and other whole foods. After 1 year, we found that experimental group participants were able to make and maintain intensive lifestyle
changes and had a 37.2% reduction in low-density lipoprotein (LDL) cholesterol levels and a 91% reduction in the frequency of anginal episodes. Average percent diameter stenosis regressed from 40.0% at baseline to 37.8% 1 year later, a change that was correlated with the degree of lifestyle change. In contrast, patients in the usual-care control group made more moderate changes in lifestyle, reduced LDL cholesterol levels by 6%, and had a 165% increase in the frequency of reported anginal episodes. Average percent diameter stenosis progressed from 42.7% to 46.1%. 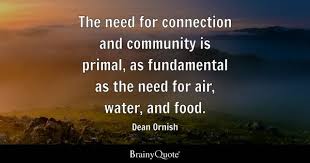 A study published in 2014 looked at 198 patients to further investigate whether eating a strict plant-based diet could stop or reverse heart disease. It found of the 177 patients who stuck to the diet, the majority reported a reduction in symptoms and 22 per cent had disease reversal confirmed by test results. But that study didn’t just rule out animal products – it also cut out added oils, processed foods, sugar, refined carbohydrates, excess salt, fruit juice, avocado, and nuts. Physical activity was also encouraged and prescribed medication continued.