Alcohol is an age-old nerve poison. Studies that show a slight health advantage to light drinking can never be done in isolation, so there are confounding factors such a socioeconomic status that may overcome the subject of study. Meta-analyses of alcohol consumption adjusting for these factors find that low-volume alcohol consumption has no net mortality benefit compared with lifetime abstention or occasional drinking. The Lancet concludes “alcohol is a colossal global health issue and small reductions in health-related harms at low levels of alcohol intake are outweighed by the increased risk of other health-related harms, including cancer. There is strong support here for the guideline published by the Chief Medical Officer of the UK who found that there is “no safe level of alcohol consumption”.

It is well-established that there is an association between alcohol consumption and an increased risk of colorectal cancer. Long-term alcohol consumption causes a spectrum of liver diseases, including steatosis, hepatitis, and liver cancer, and is detrimental to many other organs. Alcohol consumption is a major factor affecting hepatic carcinogenesis in millions and the cause of a substantial public health burden. Chronic alcohol consumption interferes with several host anti-tumor mechanisms, thereby facilitating hepatocyte proliferation and tumorigenesis. 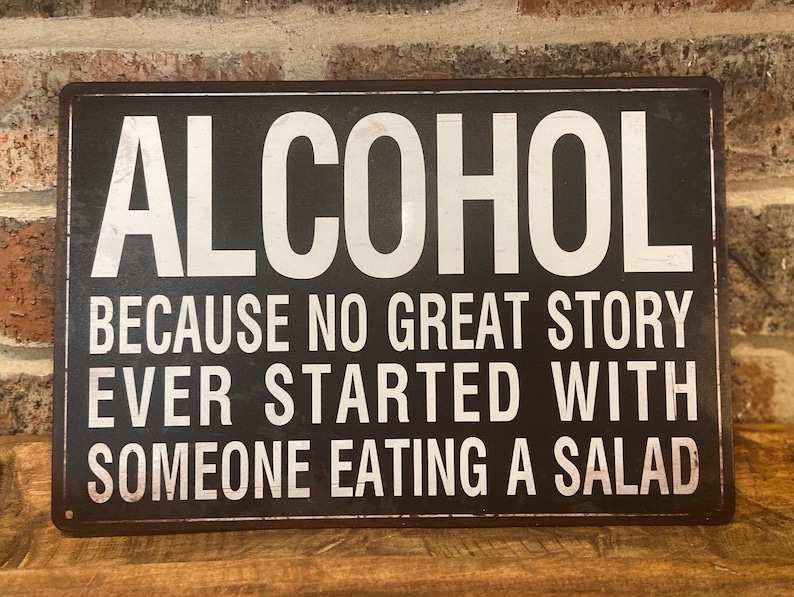 Lancet states, again, that “Alcohol use is a leading risk factor for global disease burden and causes substantial health loss. We found that the risk of all-cause mortality, and of cancers specifically, rises with increasing levels of consumption, and the level of consumption that minimizes health loss is zero.”

Drinking beer and spirits is linked to elevated levels of visceral fat – the harmful type of fat that is associated with an increased risk of cardiovascular disease, metabolic syndrome, and other health complications.

Drinking alcohol raises one’s level of fructose in the blood. Fructose consumption is linked to accumulation of visceral fat.

The landmark World Health Organization Global Burden of Disease 2000 Comparative Risk Analysis study assessed the risks and benefits of alcohol by region and then globally and attributed 16% of all hypertensive disease to alcohol.

Analyzing data from more than 400,000 people, researchers have found that consuming one to two drinks four or more times per week — an amount deemed healthy by current guidelines — increases the risk of premature death by 20 percent. 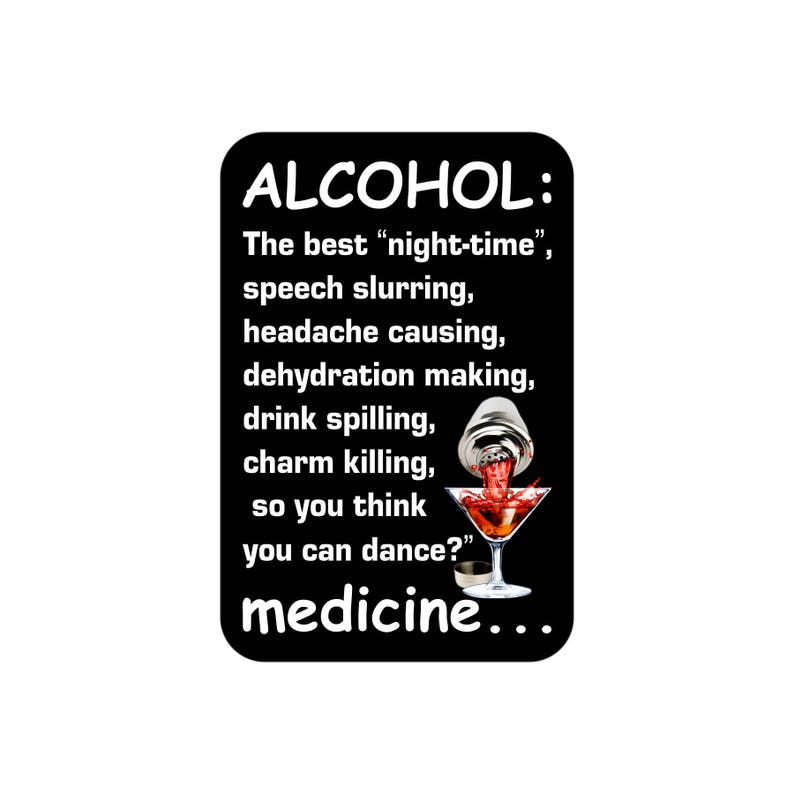 From this video by neurologist Dr. Andrew Huberman: Ethanol produced substantial stress and damage to cells. Ethanol is broken down into acetylaldehyde, which is worse than ethanol in that is more efficiently kills and damages cells. Acetaldehyde is converted into acetyl acetate. When the body is unable to covert (toxic) acetaldehyde into acetate quick enough, acetaldehyde with build up in the body and cause more damage.The transformation from ethanol to acetate takes place within the liver. Cells in the liver, like all cells, take a beating when expose to excessive ethanol. Sugar, as a fuel source, is far less damaging than ethanol. It is the acetylaldehyde itself that crosses the blood-brain barrier and leads to the effect of being inebriated or drunk. Being drunk is an poison-induced disruption is the way that your neural circuits work. The first area of the brain to be affected by ethanol is the prefrontal cortex, involved in thinking and planning and, above all, impulsive behavior. People get louder at parties because, as the prefrontal cortex shuts down, people stop modulation their loudness of speech. Ethanol has a very strong effect on suppressing the neural networks that are involved in memory formation and storage. In those who habitually drink, there are long-term changes in the circuits that regulate impulsive behavior.

This video by Dr. Andrew Huberman entitled “Why Alcohol will Ruin Your Life” states: When people drink, not matter who you are, initially there is that shutting down of those prefrontal cortical circuits; there is a gradual shutting down of the circuits that control memory. Then people divide into these two bins/camps: those who feel sedated and those who do no start to feel sedated. That can predict whether someone has a predisposition for alcoholism or not. Alcohol changes the relationship between the hypothalamus and the pituitary gland and the adrenals. The hypothalamus is a collection of neurons about the size of a gumball. It sits above the roof of your mouth. It affects things like rage, sex drive. temperature regulation – very primitive functions including appetite, thirst, etc. The hypothalamus normally provides very specific signals (instructions) to the pituitary, which then talks to the adrenals. Your adrenals sit right above your kidneys in your lower back. The adrenals release adrenaline, also called epinephrine and cortisol. Corisol is involved in the longer term stress response and has some healthy effects on the immune system.

The hypothalamic pituitary adrenal axis maintains your physiological balance, what you perceive or don’t perceive as stressful. People who drink regularly, one or two drinks per night, or maybe once per week, or just on the weekend – 2-4 drinks: those people experience changes in their pituitary adrenal axis that result in more cortisol (from the adrenals), more of this so-called stress hormone, being released at baseline when they are not drinking. This is really important: People who drink a bit regularly will feel more stressed, more anxiety, when they aren’t drinking. This is opposed to the immediate effects of alcohol which may be perceived as stress relieving. The long-term effects have to do with the ratio of cortisol to the other hormones involved in the stress response.

The long-term effects of moderate but habitual alcohol consumption are: Increased stress when people are not drinking, diminished mood and feelings of wellbeing when people are not drinking, and changes in neural circuitry that cause people to want to drink even more in order to just get back to baseline, or the place that they were in terms of their stress modulation and in terms of theri feeling of mood before they ever started drinking in the first place.

You probably couldn’t have made any worse drug legal.

Not even one DROP of alcohol before driving. Small amounts of alcohol might exaggerate the sense of agency, leading to overconfidence in one’s driving ability and to inappropriate, potentially dangerous behaviour. Hand-eye coordination is impaired by 20% when blood alcohol levels are as low as 0.015%.

A hangover following a night of heavy drinking can impair driving performance as much as driving under the influence of alcohol. Hangovers reduce the ability to engage in complex behaviors, and thus ability to drive, work, study or conduct other activities are impaired by a hangover.”

Studies on alcohol consumption and longevity have not been consistent, though the trend is toward earlier mortality.

Giving up drinking turned this guy’s life around.

The sad experience of alcohol in New Zealand shows the world that “Alcohol consumption results in substantial loss of good health across the life course in New Zealand. High average consumption and heavy drinking occasions confer the greatest risk of harm to the drinker and others.” Alcohol use causes hippocampal atrophy in a dose dependent fashion. There is no safe level of alcohol consumption for brain health. This UK Biobank study of 25,378 participants (mean age 54.9±7.4 years) showed smaller grey matter volumes across the brain.

This study involving over 21,000 participants found a correlation between weekly alcohol use of seven or more units (moderate use) and greater levels of iron in the brain. Iron accumulation in some brain regions was linked to worse cognitive function.

Moderate drinking may accelerate brain ageing, brain shrinkage. Another study of 300 people between the ages of 39 and 45 showed a reduction in the amount of total brain tissue.

Alcohol, especially in excess is bad news. If you drink small amounts every day, → immunity suffers:

Alcohol has a profound effect of inhibiting interferon production in monocytes. When the alcohol-influenced cells were exposed to a virus mimic, they produced only a quarter as much of the virus-fighting signalling molecule called type-1 interferon as teetotal monocytes made. Impaired type I interferon innate immune response has been linked to more severe COVID-19 infection. Interferon is pivotal, the first response to any viral infection – there’s no viral elimination without it. Drinking alcohol can damage the body’s dendritic cells, a vital component of the immune system.

Alcohol’s combined effects on both innate and adaptive immunity significantly weaken host defenses, predisposing chronic drinkers to a wide range of health problems, including infections and systemic inflammation. In addition to pneumonia, alcohol consumption has been linked to pulmonary diseases, including tuberculosis, respiratory syncytial virus, and ARDS. Alcohol disrupts ciliary function in the upper airways, impairs the function of immune cells (i.e., alveolar macrophages and neutrophils), and weakens the barrier function of the epithelia in the lower airways (see the article by Simet and Sisson). Often, the alcohol-provoked lung damage goes undetected until a second insult, such as a respiratory infection, leads to more severe lung diseases than those seen in nondrinkers.

Alcohol is a terrible sleep aid

This study of 21 participants composed of healthy 18-21-year-old social drinkers who had consumed less than seven standard drinks per week during the previous 30 days showed an increase in frontal alpha power. According to the researchers, this suggested a disruption of the normal properties of NREM slow wave sleep.

This study of 93 healthy adults in their 20s (59 women and 34 men) who were college students or recent college graduates showed that  alcohol disrupted sleep more in women than in men. Women’s total sleep time was reduced by 19 minutes, sleep efficiency decreased by 4%, and there was a 15-minute increase in the time they spent awake during the night after drinking alcohol, compared to the placebo. 150 adults (age 19–89 years) were followed for 60+ days as part of an intensive experience sampling study wherein participants provided daily reports of their alcohol use, sleep duration, and sleep quality. A significant, negative within-person association was observed between sleep quality and alcohol use. Sleep quality was lower on nights following alcohol use.

This study of 10 healthy, male university students with a mean age of 21.6 years showed that alcohol suppresses the high-frequency power during sleep in a dosage-dependent manner. Although the first half of sleep after alcohol intake looked good on the EEG, the result of the assessment regarding the autonomic nerve system shows that drinking leads to insomnia rather than good sleep.

This study of 24 participants (12 female, 12 male), healthy 18- to 21-year-old social drinkers who had consumed less than seven standard drinks per week during the previous 30 days showed that alcohol increased Slow Wave Sleep (SWS) delta power during NREM. However, there was a simultaneous increase in frontal alpha power, which is thought to reflect disturbed sleep.

Alcohol blunts the nocturnal rise in pineal melatonin.
Alcohol promotes brief nightime awakenings that one is not aware of, and it suppresses REM sleep.
Alcohol blocks REM sleep (not good).
Especially injurious is binge drinking.

Kaiser: It may take up to 90 days without alcohol for your brain to

its sleep cues. While you adjust, drink less caffeine and exercise every day.

A widespread reduction in cortical tissue in recovered alcoholics indicates that even with abstinence, cognitive abilities are compromised in former drinkers. Severe reductions in frontal brain regions can result in a dramatic change to personality and behavior, taking the form of impulsivity, difficulty with self-monitoring, planning, reasoning, poor attention span, inability to alter behavior, a lack of awareness of inappropriate behavior, mood changes, even aggression. Severe reductions in temporal brain regions most often result in impairments in memory and language function.

Alcohol poisoning is a life-threatening emergency. Symptoms include:

It’s easy to blow off these symptoms as the price of partying hard, but if you see someone vomit multiple times or pass out after drinking heavily, there’s a risk of severe dehydration or brain damage. Call 911.

Here is what happens when one quits drinking alcohol. Orexin antagonists, a form of sleep medication, may help one overcome alcohol addiction.

Evidence has demonstrated that drinking alcohol may facilitate social interactions [8, 9] or can cover up negative emotions [10].